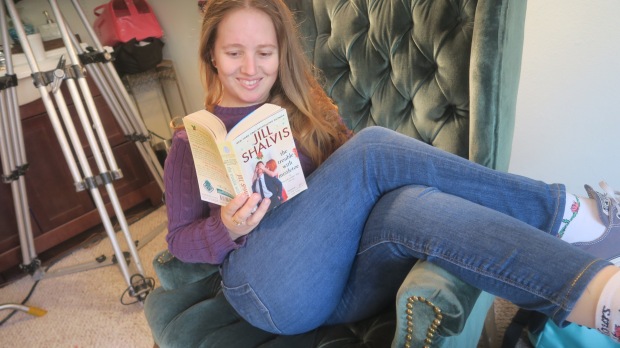 Last September I got the chance to visit the set of PassionFlix‘s original movie The Trouble With Mistletoe . If you are unaware of PassionFlix it’s a subscription streaming service (think Netflix or Hulu) that has exclusively romance movies. Along with older movies they are also making their own content exclusively for the PassionFlix site. All of their original movies are adaptations of romance novels.

Back in the fall they were filming their third original movie, The Trouble With Mistletoe by Jill Shalvis (that was released in December). Because I am a PassionFlix Founding Member I was given the opportunity to have a walk on role. I was contacted two days before and told to expect a email the night before I was going to be on set telling me where and when to show up.

Our call time was for 9am at the Ports O’ Call Restaurant in San Pedro (about a forty-five minute drive from my apartment). When I arrived right before 9am they were already filming. I found the other PassionFlix Founding Members and we hung out in the restaurants ballroom which served as production hq.

We sat around with nothing to do for a some time while they were filming scenes that took place inside the main character’s, Willa, pet shop, Bay Side Bark. When they finally did need us we served as background, walking back and forth to make it seem like they were on a busy San Fransisco street. It was a lot of fun, if extremely repetitive.

At one point the PassionFlix founders, Joany, Tosca and Jina showed up and it was so great getting the opportunity to talk to them.

One of the great things about the movie was that the main character, Willa Davis, owned her own pet shop so there were a ton of animals, from bunnies to dogs to cats, on set. (I was even allowed to hold one of the bunnies). While the cast and crew broke for lunch I took the opportunity to check out the interior of Bay Side Bark.

Towards the end of the shooting day (around 8pm) we got to meet the two main leads, Rachel Melvin and Thomas Beaudoin. Because I brought my copy of The Trouble with Mistletoe I was able to get both Rachel and Melvin to sign. 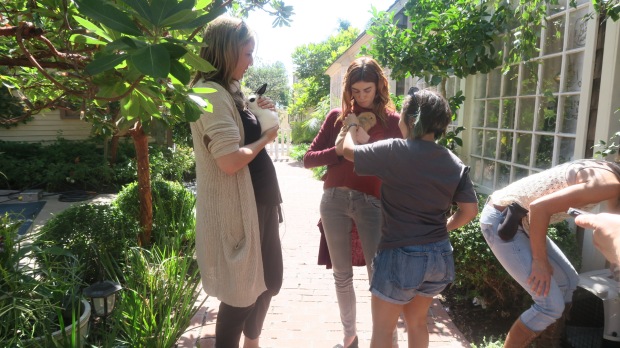 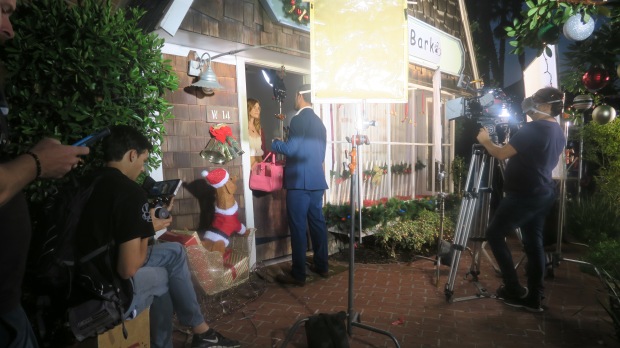 playing around in Bay Side Bark during a break in filming 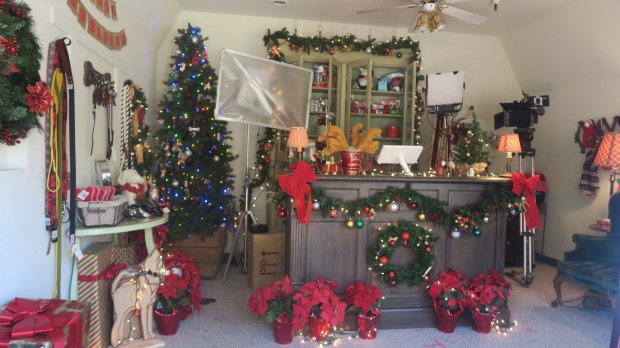 The interior of Bay Side Bark 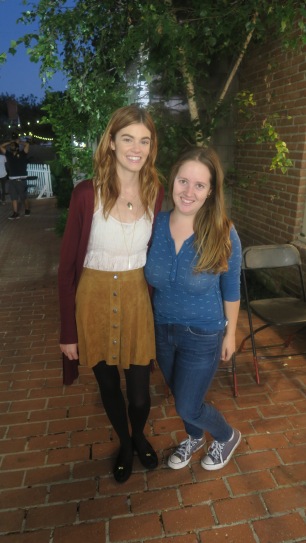 me with Rachel Melvin (Willa)

If you are wondering if I made it into the movie… 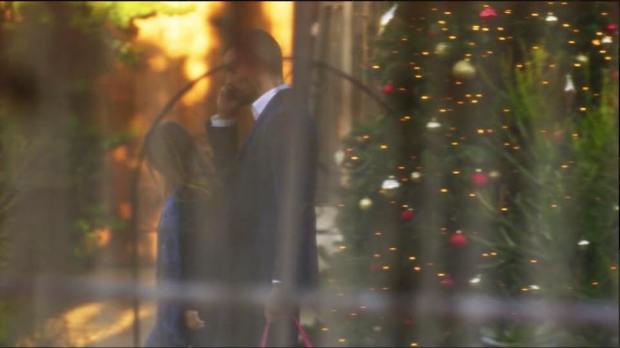 While on set I filmed a fun VLOG of my visit.